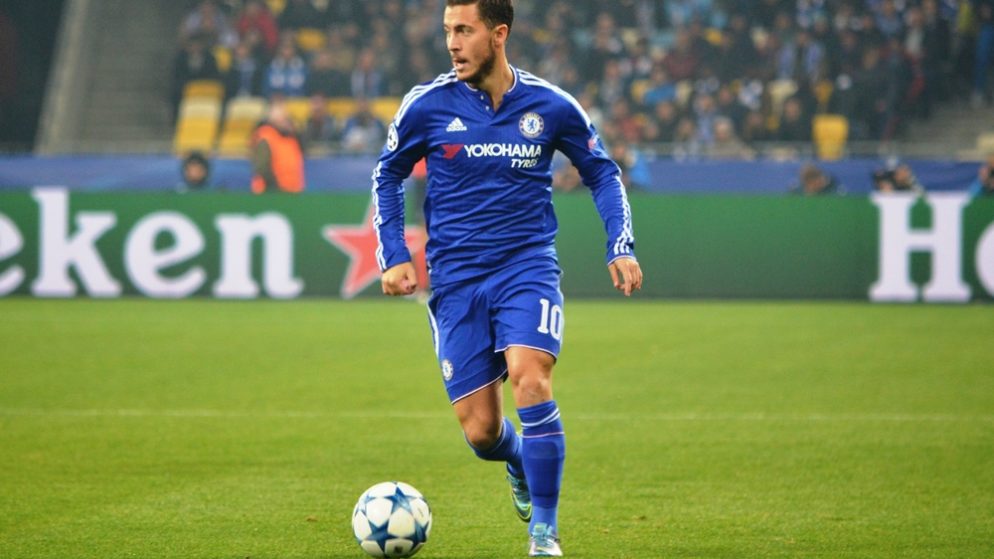 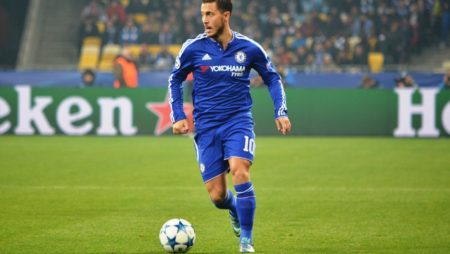 Chelsea assistant manager Gianfranco Zola believes it would be best for Eden Hazard’s career if he sticks with the 2016/17 Premier League champions.

Following an impressive run to the semi-finals of the 2018 World Cup with Belgium, the 27-year-old was once again linked with a summer exit from Stamford Bridge.

Champions League holders Real Madrid were rumoured to have reignited their interest in the forward but despite talk of a big-money offer, nothing materialised in the end as the speculation ended.

Maurizio Sarri’s appointment as manager is believed to have had a big impact on the Belgian staying with the Blues, with reports claiming an exit would have been pushed for if Antonio Conte remained in charge.

Under the former Napoli boss, Hazard has been deployed further forward, releasing him of his defensive responsibilities, and that decision has paid off so far with the playmaker notching five Premier League goals already this season.

His contract expires in the summer of 2020 and, with interest likely to be high when the January transfer window comes around, Chelsea are attempting to extend his stay.

Blues hero Zola, brought back to the club by Sarri this summer, has urged Hazard to keep the faith with his current employers as he will be able to fulfil his full potential in west London.

“I don’t think, in my opinion, he’s reached his full potential,” he said. “I believe he can use his skills in a better way. I truly believe in this.

“I think this year, the team, Maurizio in particular, will help him to reach his full potential. The way we try to play will benefit him a lot. We try to play (for) a long time in the opposition half.

“The closer we keep him to the goal, the more balls we can get him to receive the ball around the box, the more effective he can be.”