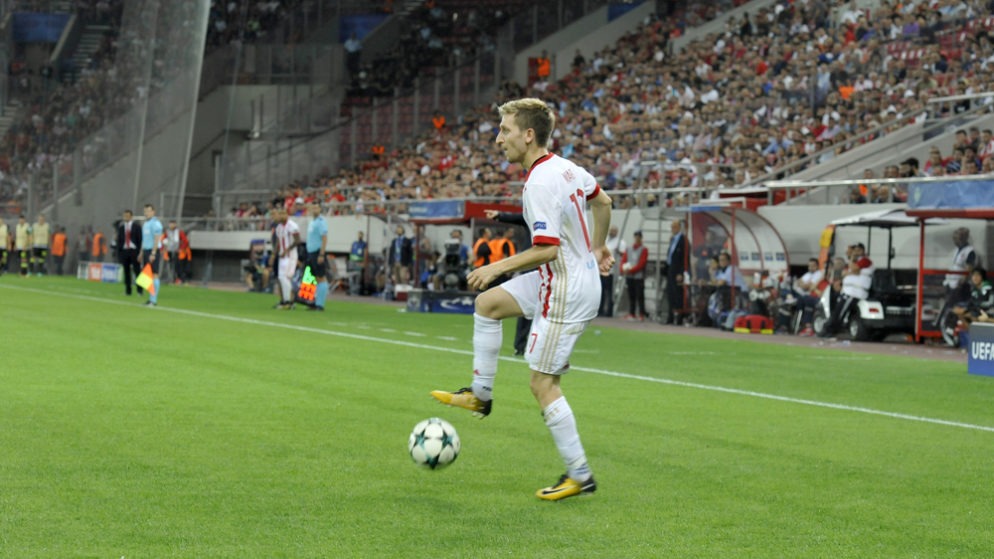 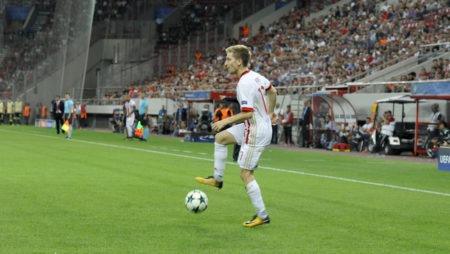 Burnley may trail Olympiakos 3-1 heading into the second leg of their Europa League play-off round tie but forward Chris Wood is confident they can overturn the deficit.

The Clarets were well beaten by Olympiakos last Thursday as home captain Kostas Fortounis and Andreas Bouchalakis got on the scoresheet in Greece.

However, Chris Wood’s 33rd-minute penalty threw the visitors a lifeline and they now must score twice at Turf Moor this Thursday to stand any chance of progression in Europe’s second-tier competition.

Another negative from the match was Ben Gibson’s red card but there is sure to be a superb atmosphere in Lancashire later this week as Sean Dyche’s men try to keep their European dream alive.

It will be tough for Burnley but, with an away goal up their sleeve, Wood feels they have every chance of getting the right result.

“The away goal is always going to help and it definitely keeps us in the tie,” he said. “I?m sure we’ve enough to do it at home, we just have to work hard and make sure we get the result. We’re more than capable of doing that.

“We’re definitely still in it. I?ve every confidence that we can do it back at home. We’ve just got to stay positive.

“Turf Moor is a tough place for anybody to come to and we know that we can play good football there. We’re looking forward to it.”

Should Burnley overturn their first-leg deficit, they will be through to the Europa League group stage, while they will also be hoping a positive result can give them a lift in the Premier League as they have struggled domestically so far this season.