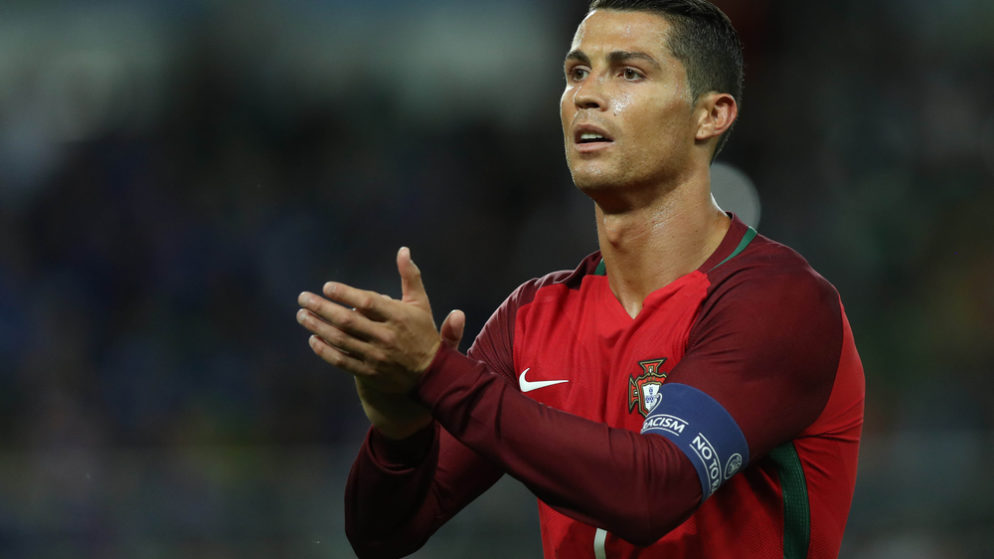 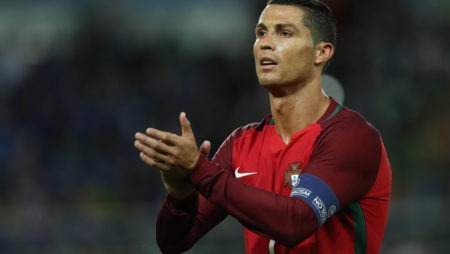 Cristiano Ronaldo has already laid down a marker in the race for the World Cup’s Golden Boot and he’ll be in the hunt for more goals on Wednesday.

Cristiano Ronaldo’s Portugal side take on Morocco in their second group game with the Real Madrid man brimming with trademark confidence following his hat-trick in Friday’s 3-3 draw with Spain.

The 33-year-old’s goals that day saw him become only the fourth player to score goals in four World Cups.

“I am very happy, it’s a nice personal record to have, one more in my career,” he said.

“For me the most important thing is to emphasise what the team did against one of the favourites to win this World Cup.”

Morocco face an uphill battle to qualify for the last 16 having lost their opening game 1-0 to Iran but Ronaldo’s team-mate Andre Silva is not taking anything for granted.

“I think we are stronger than Morocco if we compare the two teams,” he said, “but I’m not saying the game will be easy for us.

“We cannot underestimate them and must have respect for any opponent.”

Morocco’s Faycal Fajr is certainly not giving up hope of securing a top-two finish in Group B.

He said: “If I said that we don’t believe we can qualify it would be a lie.

“Where there’s a will there’s a way. (Portugal’s players) have two feet, two legs and they are humans like us.