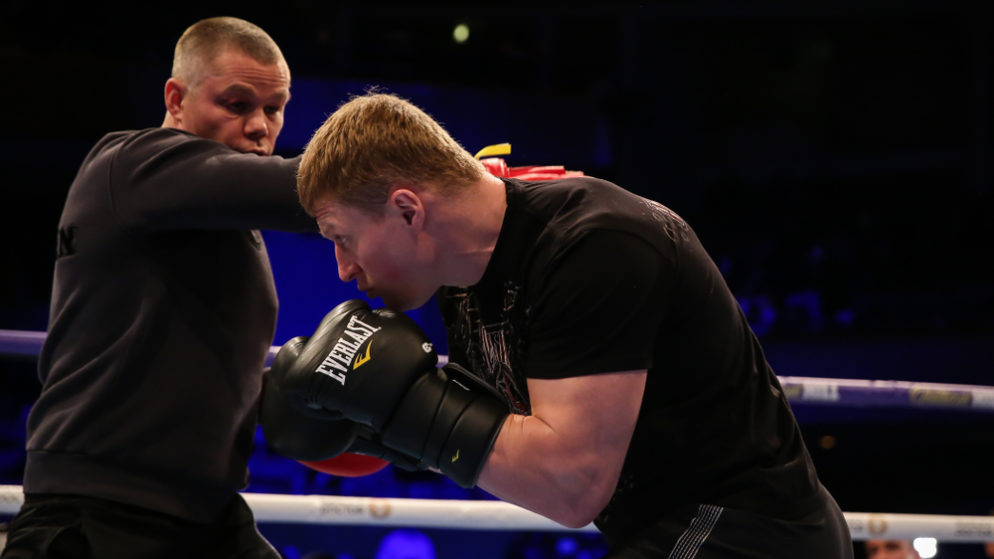 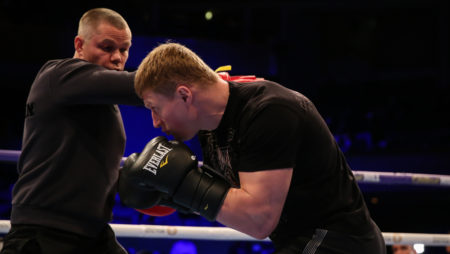 Anthony Joshua is confident he will be able to overcome veteran Alexander Povetkin on Saturday night inside the distance.

The WBA, WBO, IBF and IBO heavyweight champion won his first 20 fights with stoppages but was taken the full 12 rounds on his last outing against Joseph Parker.

Joshua expects a stern test against 2004 Olympic gold medallist Povetkin but rates him as only the third toughest challenge of his career so far, behind Wladimir Klitschko and Parker.

“Parker came as a champion so I have to give him that champion’s respect, so I’d put him two and Povetkin three,” Joshua told the BBC. “He’s a gold medallist, been in the game a long time, he’s very experienced and has a great knockout threat.

“I’m going in there to spark him out. Go in there, keep a tight guard, don’t give him any openings and then whip him around the head and body. He’s 39 so he won’t be able to take that pressure to the body.”

Joshua has come in for criticism from some for seemingly avoiding former champion Tyson Fury and WBC holder Deontay Wilder, who are expected to meet later this year.

However, the 28-year-old pointed out he has a fight booked for next year and he expects to take on either Fury or Wilder at Wembley in April.

He said: “We are in the same division, the same era, there’s no way we can’t fight.

“Providing I beat Povetkin, 13 April is booked. Wembley is there – a date and a location – it’s just the person who wants to step up and fight me.”

Povetkin has won 34 (24 KOs) of his 35 fights so far and his only defeat came to Klitschko five years ago.