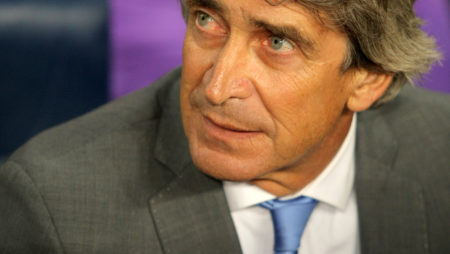 West Ham United boss Manuel Pellegrini is determined to see his side pick up their first win of the Premier League season on Saturday against Wolves after reaching the third round of the Carabao Cup.

The Hammers were made to work hard on Tuesday night at Wimbledon after going behind to a Joe Pigott goal.

However the sending off of Dons defender Rod McDonald saw West Ham dominate the remainder of the game and goals from Issa Diop, Angelo Ogbonna and Javier Hernandez saw the visitors progress to the next round with a 3-1 win.

The victory was Pellegrini’s first as West Ham manager after what has been a difficult start to life with the Londoners, with just one point from their first three league games.

With Wolves heading to the London Stadium on Saturday, Pellegrini is hoping his side will take the positives from their win at Wimbledon and get their first three points of the campaign against Nuno Espirito Santo?s men.

“I was worried because you play against these teams that defend really well and then you are losing 1-0 in the first minutes, after working the whole week not to suffer those kinds of goals, Pellegrini said.

“The best thing the team did tonight was that we kept calm – we continued moving and creating space.

“It’s important to win. If we lose this game, that’s another consequence – it’s very important. We need to continue working and I hope on Saturday we can have our first victory in the Premier League.”