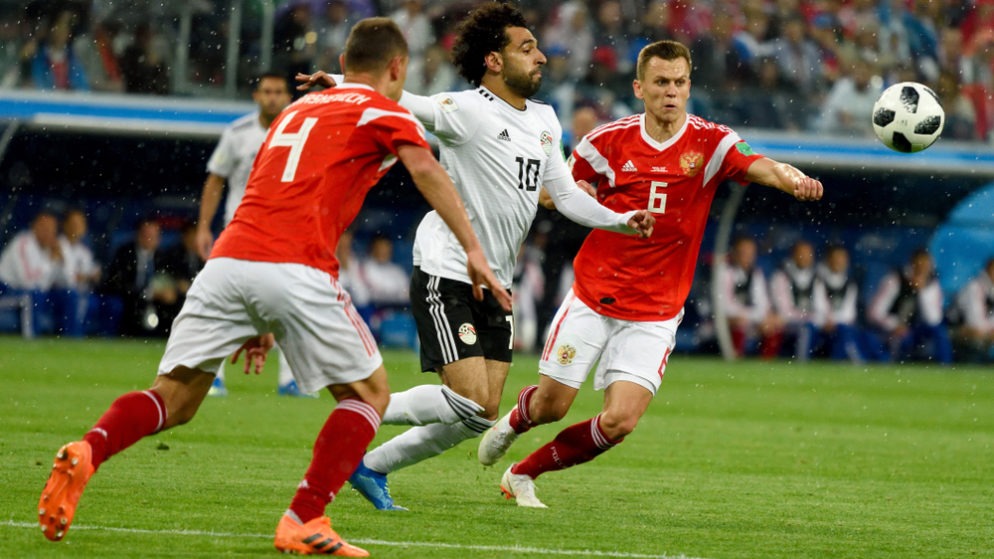 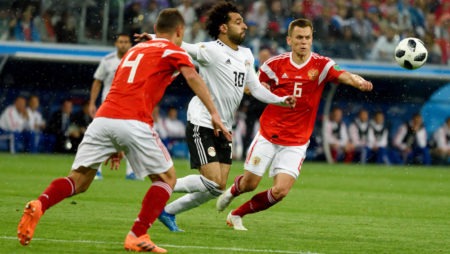 Egypt’s star man Mohamed Salah is set to make his World Cup debut on Tuesday night but Russia coach Stanislav Cherchesov is adamant his side will be able to stop the Liverpool ace.

Egypt lost 1-0 to Uruguay in their first game, with Salah sitting out the match as he continues to recover from the shoulder injury picked up in the Champions League final.

However, after being declared fit to play, it seems likely that Salah will lead the line for the Africans.

After a superb season for the Reds, he scored 44 goals in all competitions – there is no doubt he is feared throughout the world of football, but Cherchesov has no worries and has backed his charges to shackle the former Chelsea star.

“We know how to play against him,” he said on Monday. “We are ready to stop Salah and we will.”

The tournament hosts head into the Saint Petersburg clash sitting top of Group A after a 5-0 demolition of Saudi Arabia in their opening fixture and victory over the Pharaohs would almost certainly see them through to the last 16.

Salah, who scored five goals in five games for his nation during qualifying, and his team-mates will have other ideas though.