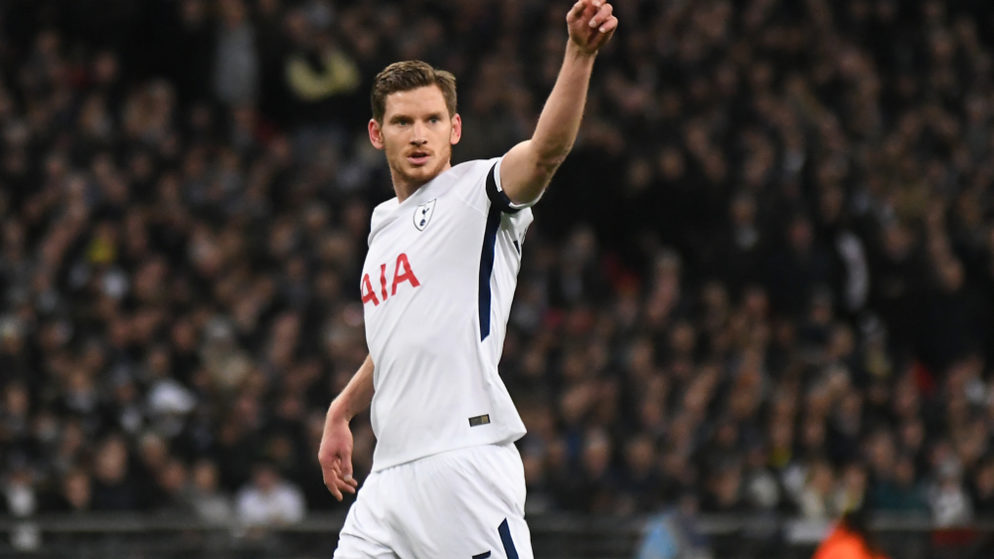 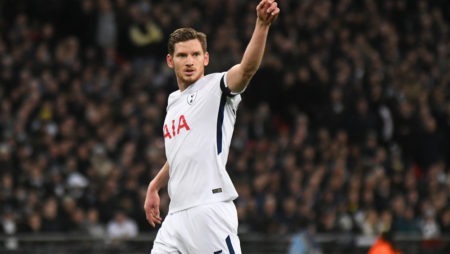 Tottenham have announced they will be without centre-back Jan Vertonghen until December as he continues to recover from a hamstring injury.

The Belgium international suffered the injury during the Premier League victory against Huddersfield Town last month.

Spurs had hoped it would be a minor issue but he will now miss a crucial part of the season as Mauricio Pochettino’s side try to compete in Europe and in domestic competitions.

The 31-year-old could miss as many as five league matches, while two Champions League clashes are also on the horizon for Spurs.

Further scans this week have shown the full extent of the issue and Spurs have now confirmed the news to their fans.

In an announcement, the north London outfit confirmed the bad news, saying: “The Belgium international defender will now continue his recovery with a view to returning to full training by December.”

Left-back Danny Rose withdrew from England duty with a groin strain on Thursday and Pochettino will have to get his squad to dig deep in the coming weeks.

It is not all doom and gloom for Spurs fans, though, with defender Toby Alderweireld claiming he is happy at the club.

Alderweireld is out of contract in the summer but he insists life is good at the club.

He told Sky Sports: “I’m focused on Spurs and trying to help the team. That’s all I can do. I’m the old Toby again. I try to do my best and help the team.”